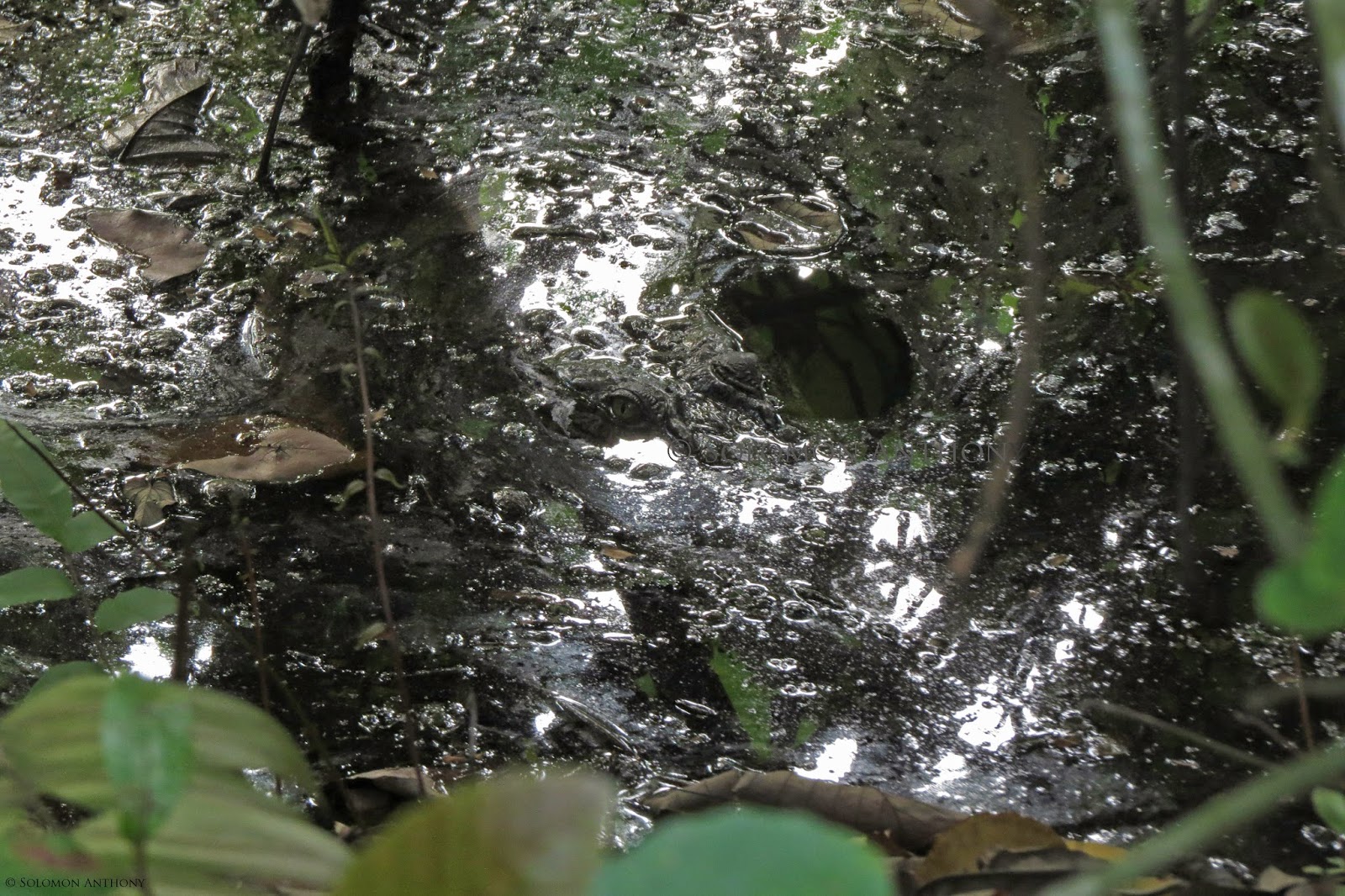 Crocodiles are ambush predators and masters at blending in with its background. These animals rely on the element of surprise, hidden until the very last moment before taking down their prey. Most people would miss this 3 meter long adult crocodile in the above photo and just walk by.
With the use a polarizing filter and slightly longer exposure I am able to show you in the photo below, the crocodile patiently waiting for an unsuspecting prey. 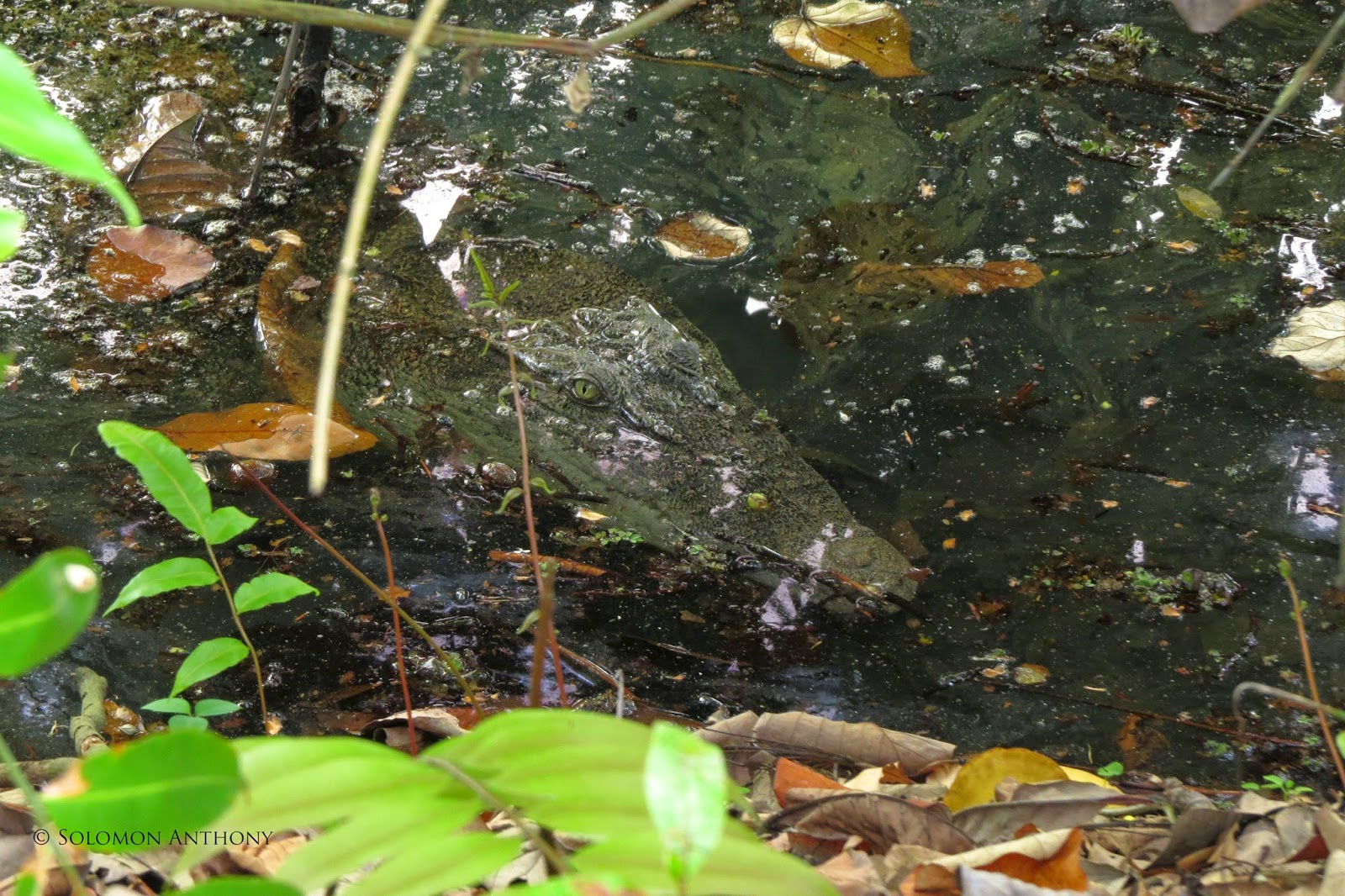 Below you can see same reptile, completely submerged. This fellow was sleeping when i spotted him 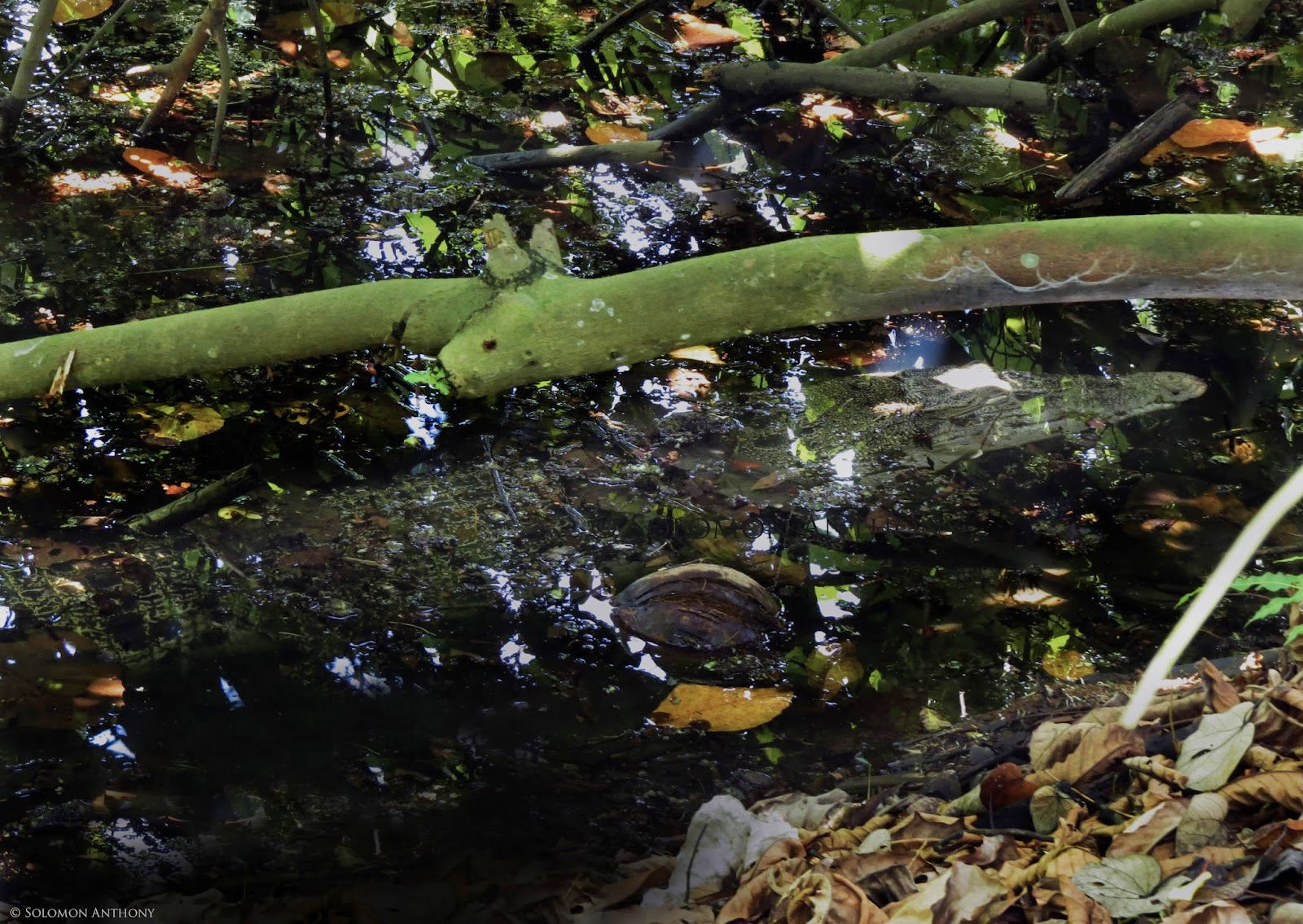 These animals never seize to amaze me. 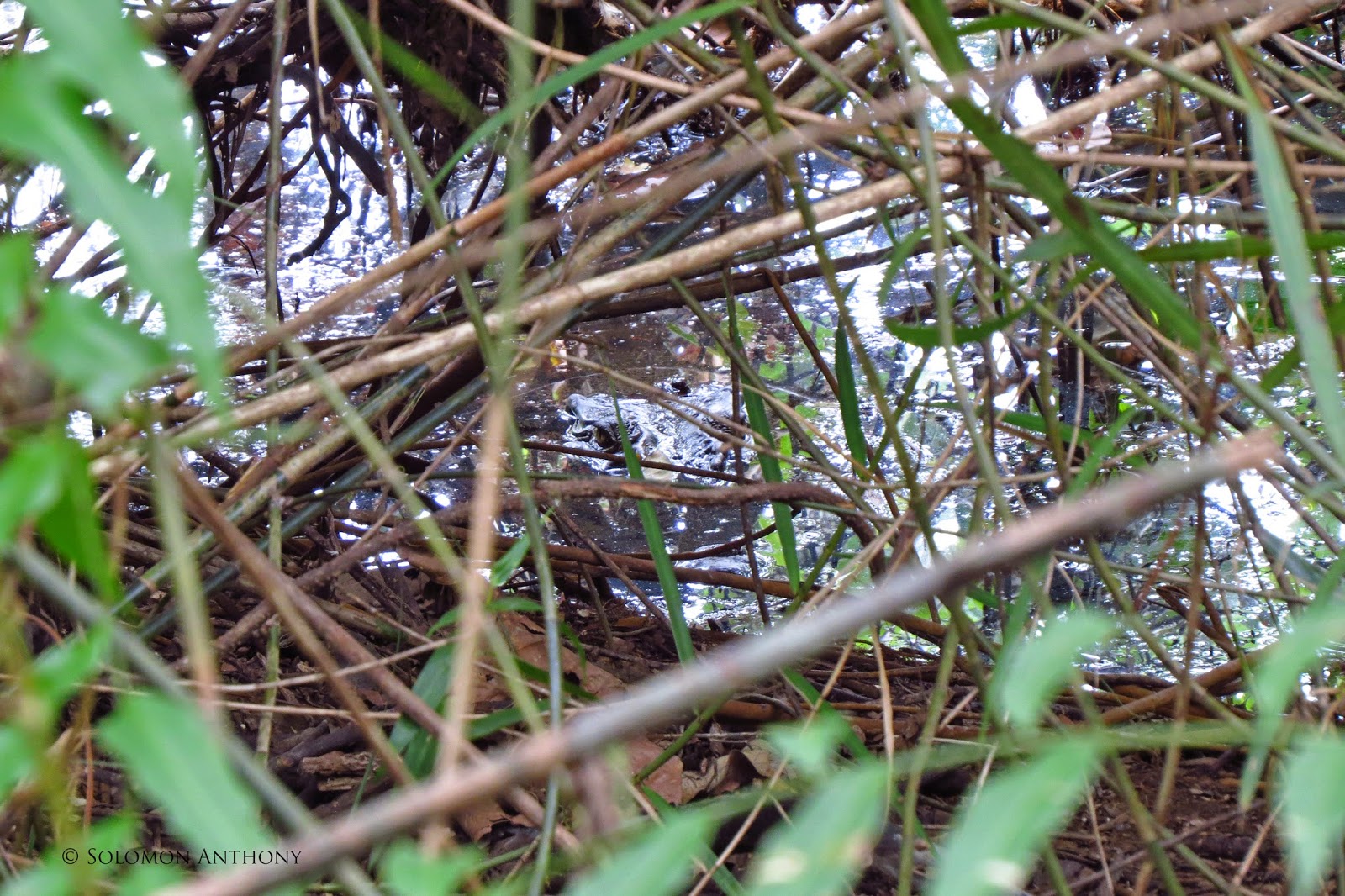 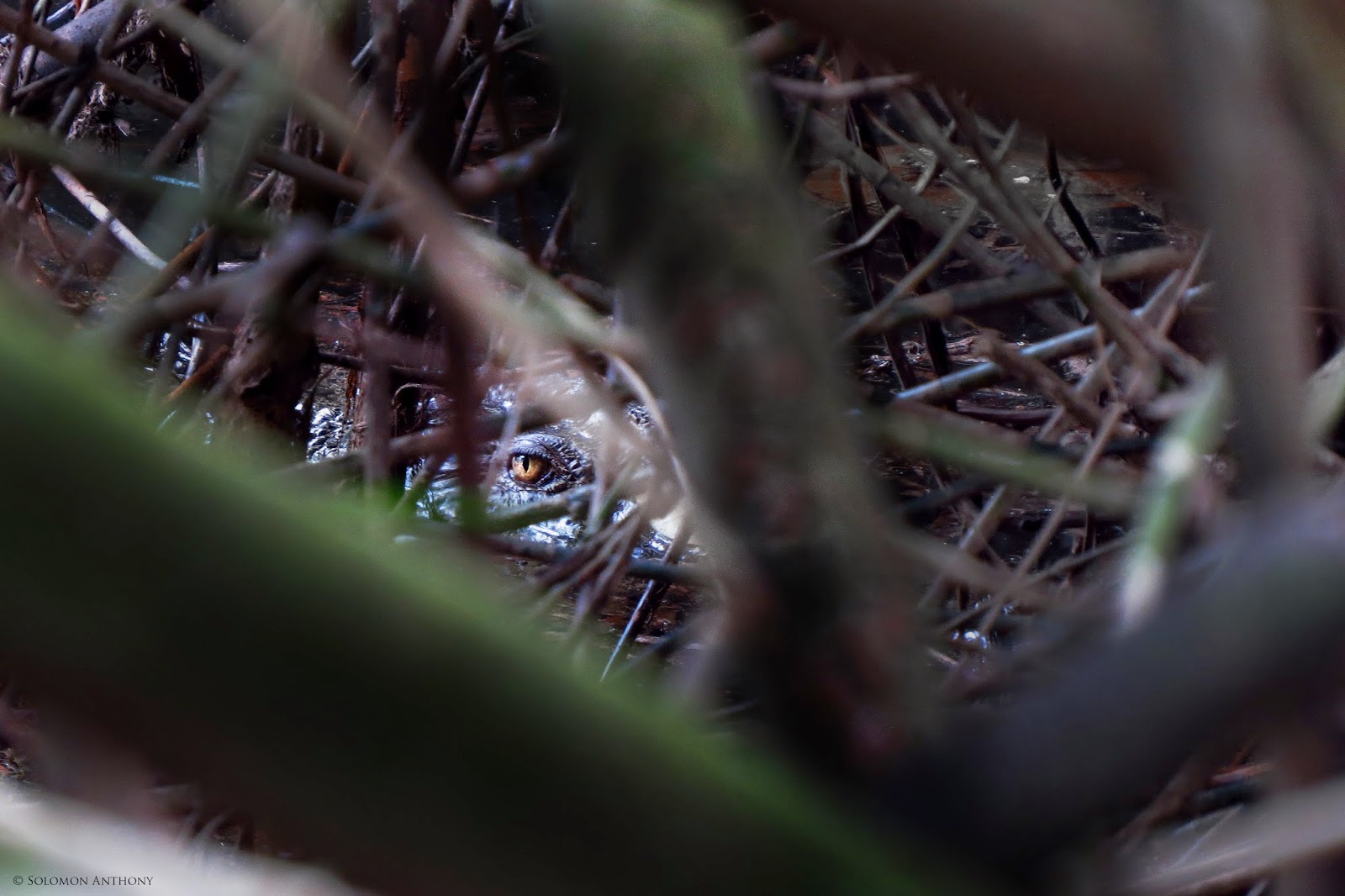 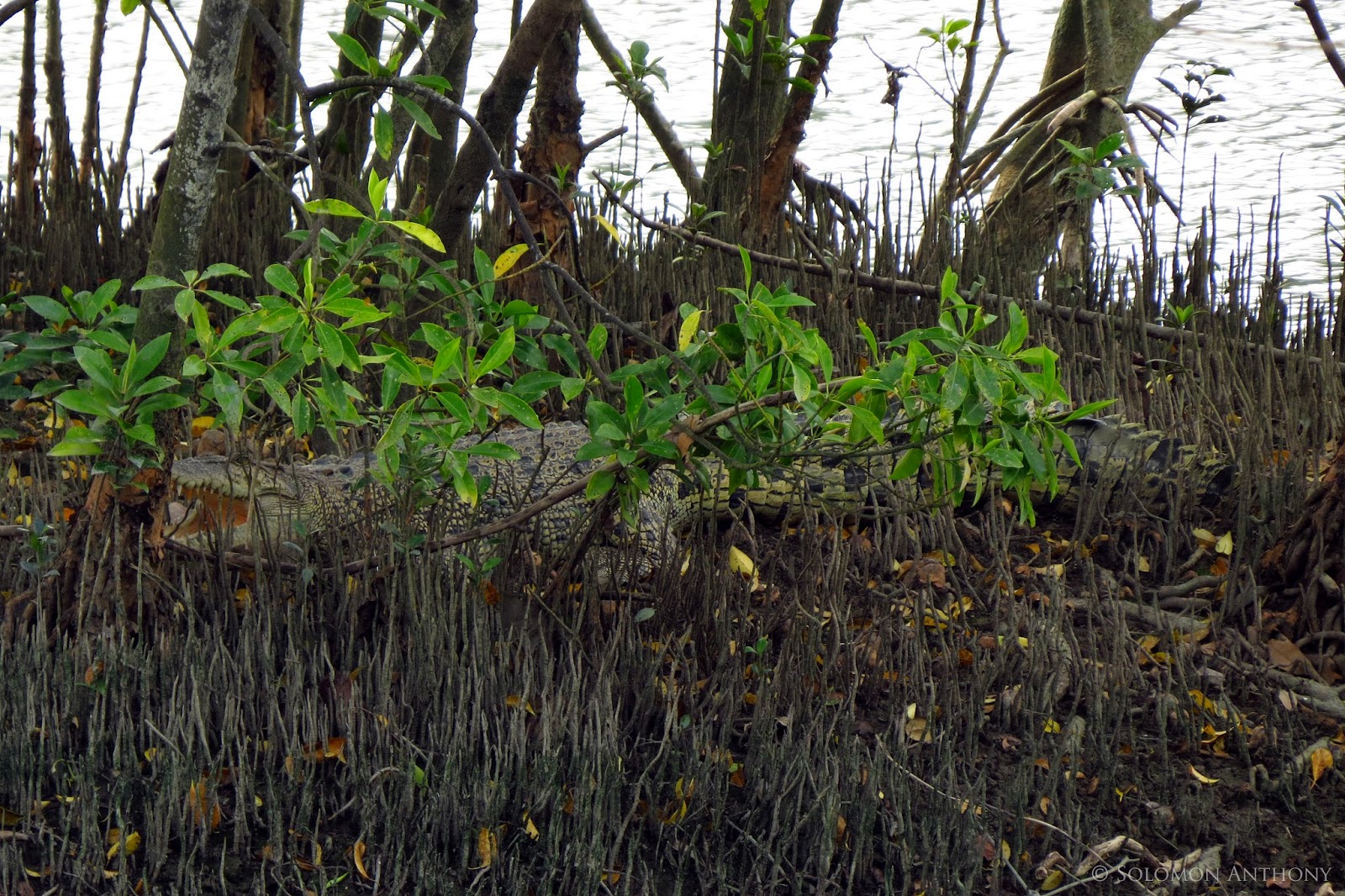 I decided to take the opportunity to do a little observation one Saturday when I spotted this crocodile (see above) on the little island in the middle of the main pond in Sungei Buloh. I was interested to see how many people would spot it as it was quite well camouflaged.

So I waited along main path for about an hour. I counted about 30 individuals, a few with families. Can you guess how many spotted the crocodile? 0. That's right, No one... I decided then that I had observed enough and told the next person passing along about the crocodile lying there. A crowd grew bigger and bigger, with everyone telling everyone about the basking crocodile. I then left. After walking a complete round of the main route, I reached the same spot where the croc was and it was still basking. As I passed, a stranger asked " Bro, you wanna see a croc!" I could see a sense of satisfaction on his face when he pointed out the reptile to me. I replied "Wow nice!" observed the croc for a few minutes, thanked him and continued my walk. He must be wondering why didn't this fellow take a single photo of the croc! :)