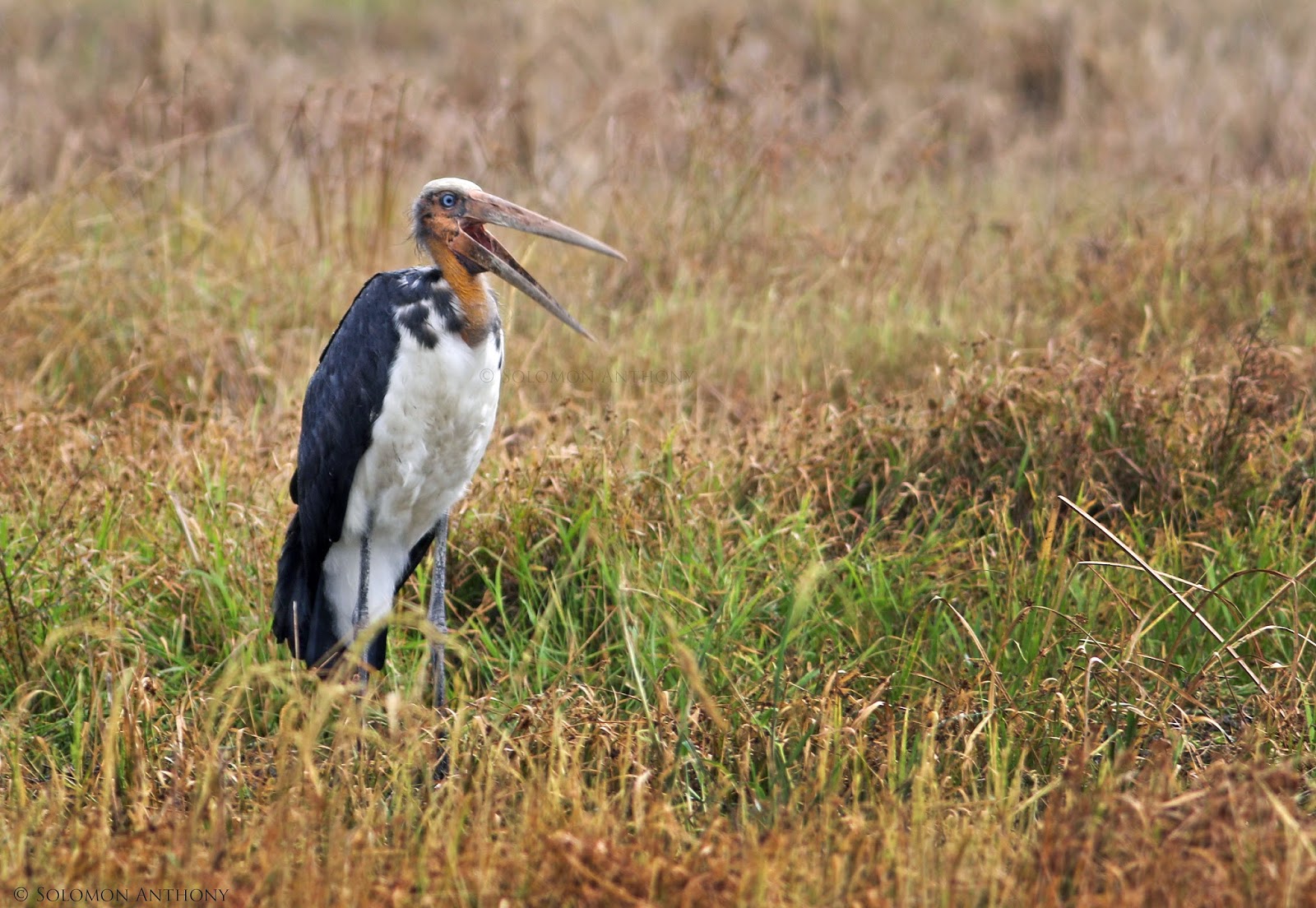 These are the Military faces of the bird world. They look Fierce and Assertive. They can been seen in certain parts of Asia but extremely rare in Singapore. Just like Military Adjutants, these Feathered Adjutants, with stunning light blue eyes, do look like military officers when standing at Attention! and can do so for a long time without moving. They do look the part don't they? and according to Wildlife Conservation Society that was how it got its name.

Unfortunately, these storks are currently classified as 'Vulnerable' under the International Union for the conservation of Nature, the world's main authority on the conservation status of species.

I can consider myself very fortunate to have spotted this species of stork in Singapore, at the Sungei Buloh Wetland Reserve on the 7th of March 2014 @ about 11.40 am.

Below are the 2 photos of that very bird. 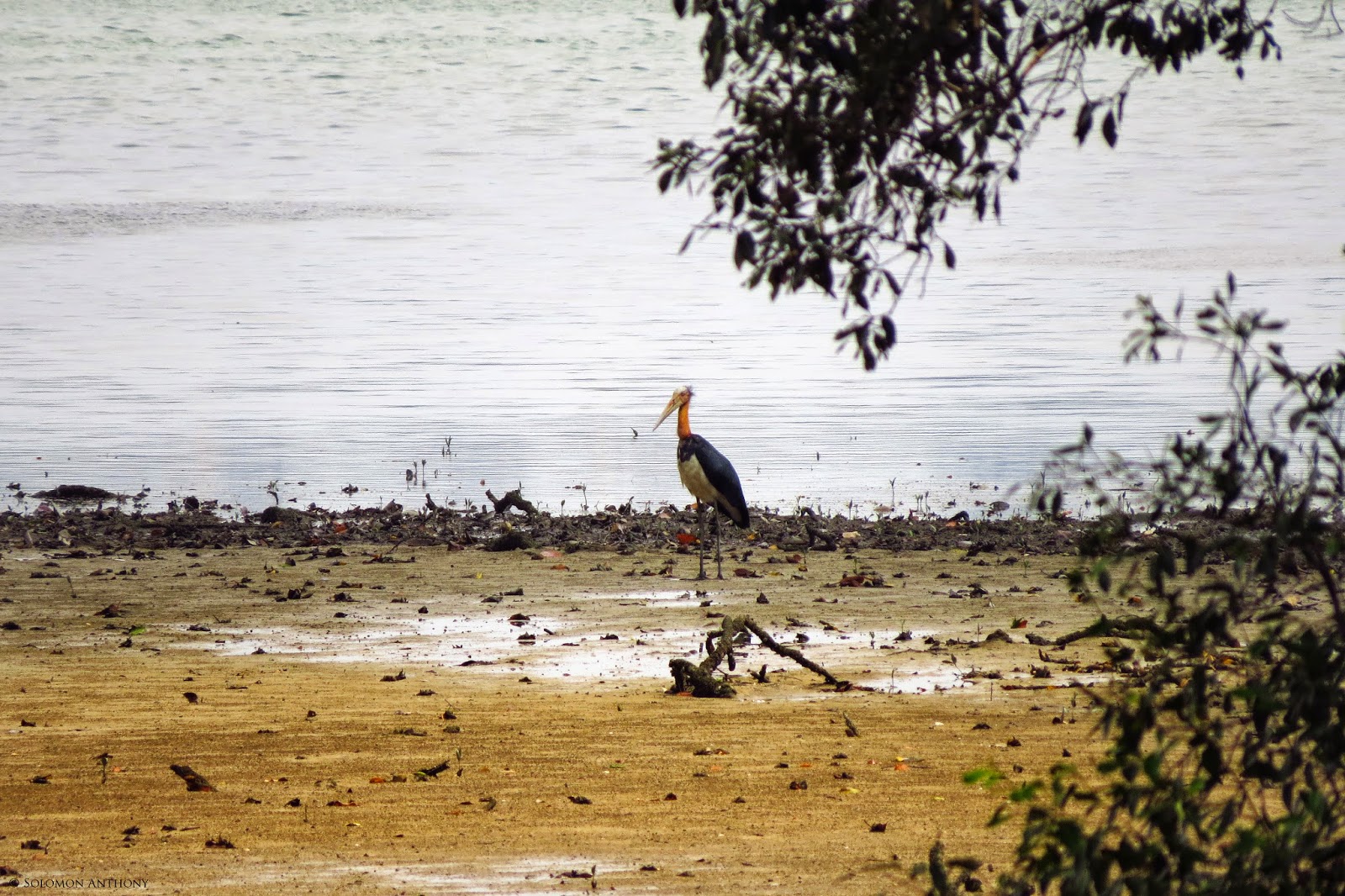 After some researching, I believe this is probably the most recent recorded sighting of the Lesser Adjutant stork on the shores of Singapore. Yes, it could be a wanderer from Johor. Nevertheless it did excite the Staff of the wetland reserve when I updated them on this sighting. I could not get a good close up photo as it was quite a distance away. 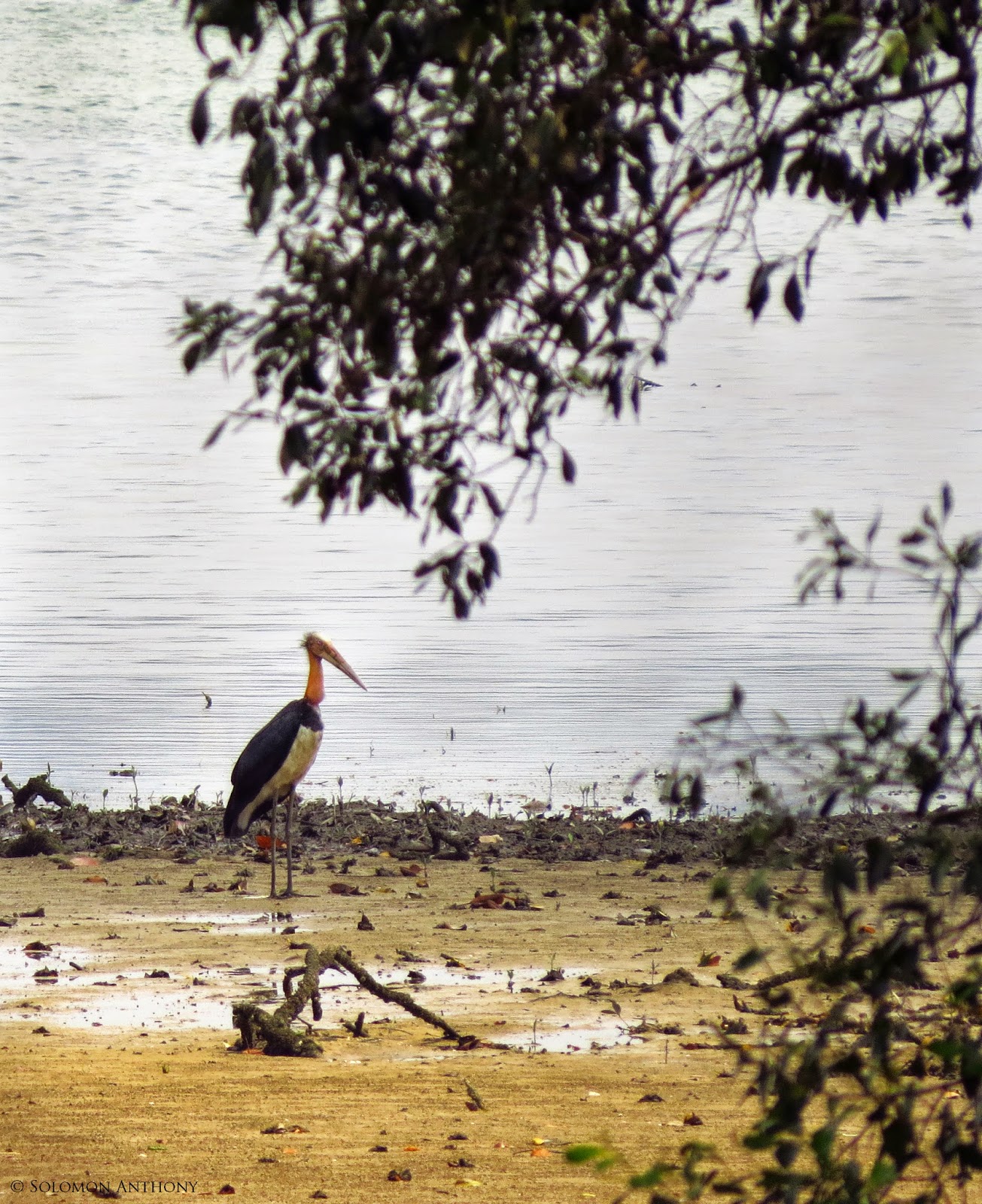 This lone Lesser Adjutant was happily patrolling the north western mudflats of Pulau Buloh, a little Mangrove Island in the Sungei Buloh Wetland Reserve. As I predominantly hunt for crocodiles, I initially did not realize the species of bird and its rarity. I can gladly say that my knowledge of fauna has improved ever since. Its quite satisfying to spot this rare bird in Singapore.

From then on I have always been on the lookout for these birds. Sad to say, I have not seen them in the reserve ever since. That part of the Reserve has now been closed off to the public. This was done to keep a portion of the reserve as a safe haven for the fauna without them being disturbed.

These birds can still be seen Parit Jawa, a coastal fishing village in the state of Johor, Malaysia. Below are photos of the Lesser Adjutant taken in Parit Jawa and Sg Balang, Malaysia in Dec 2014.

Enjoy, as we will never know when these Military Officers of the wild would just ........... retire.
Lets hope Never! 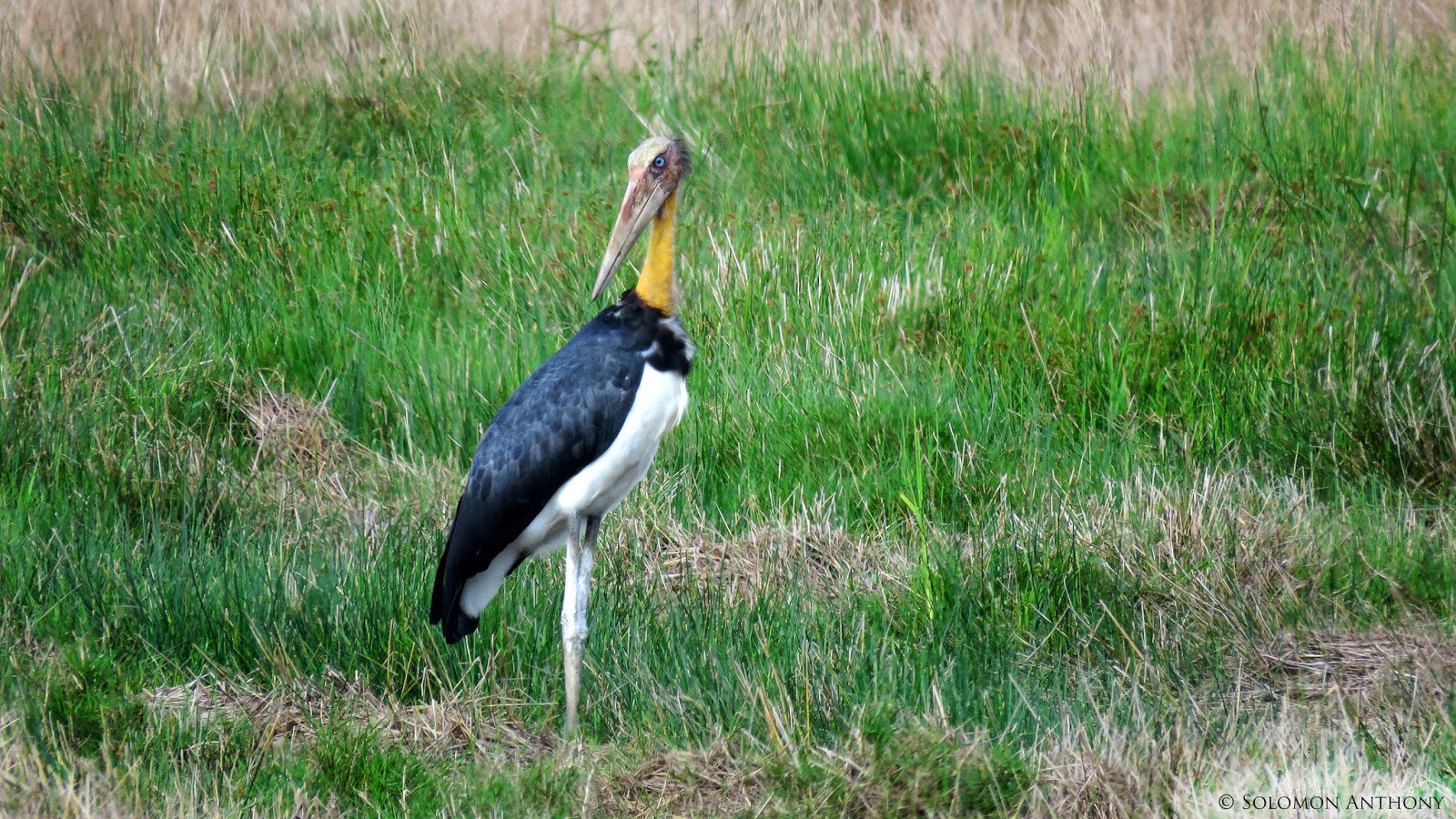 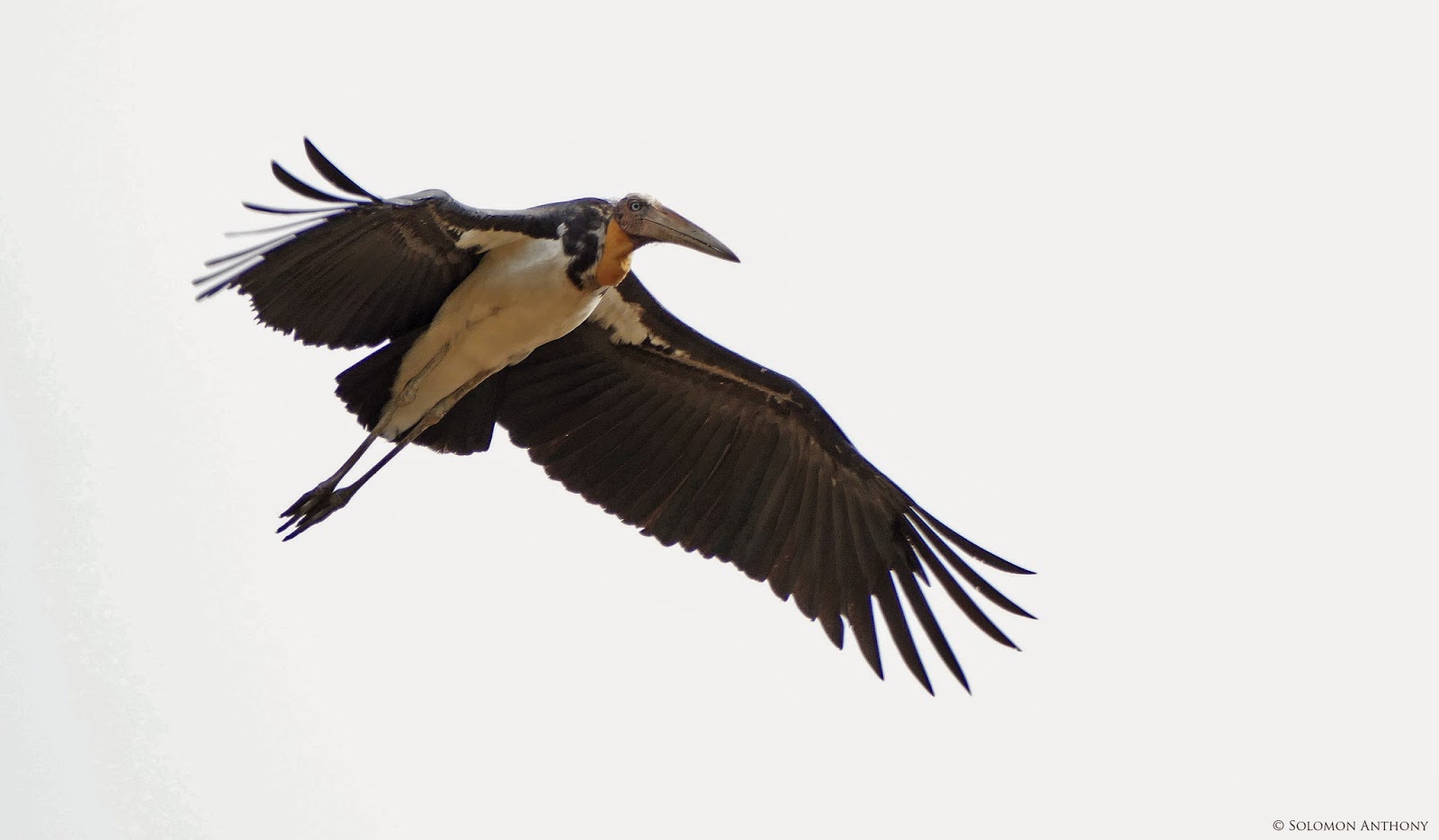 Circling for a landing 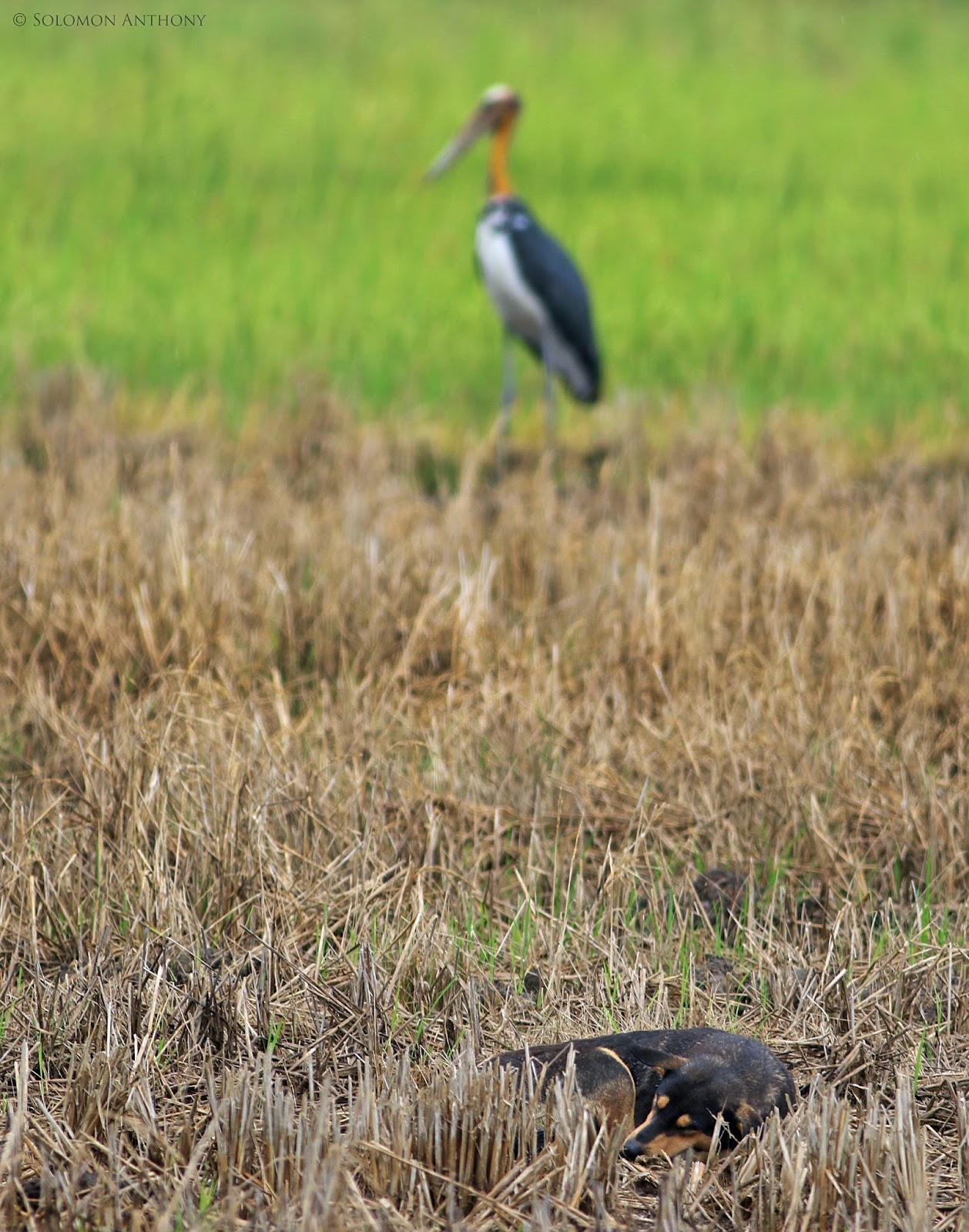 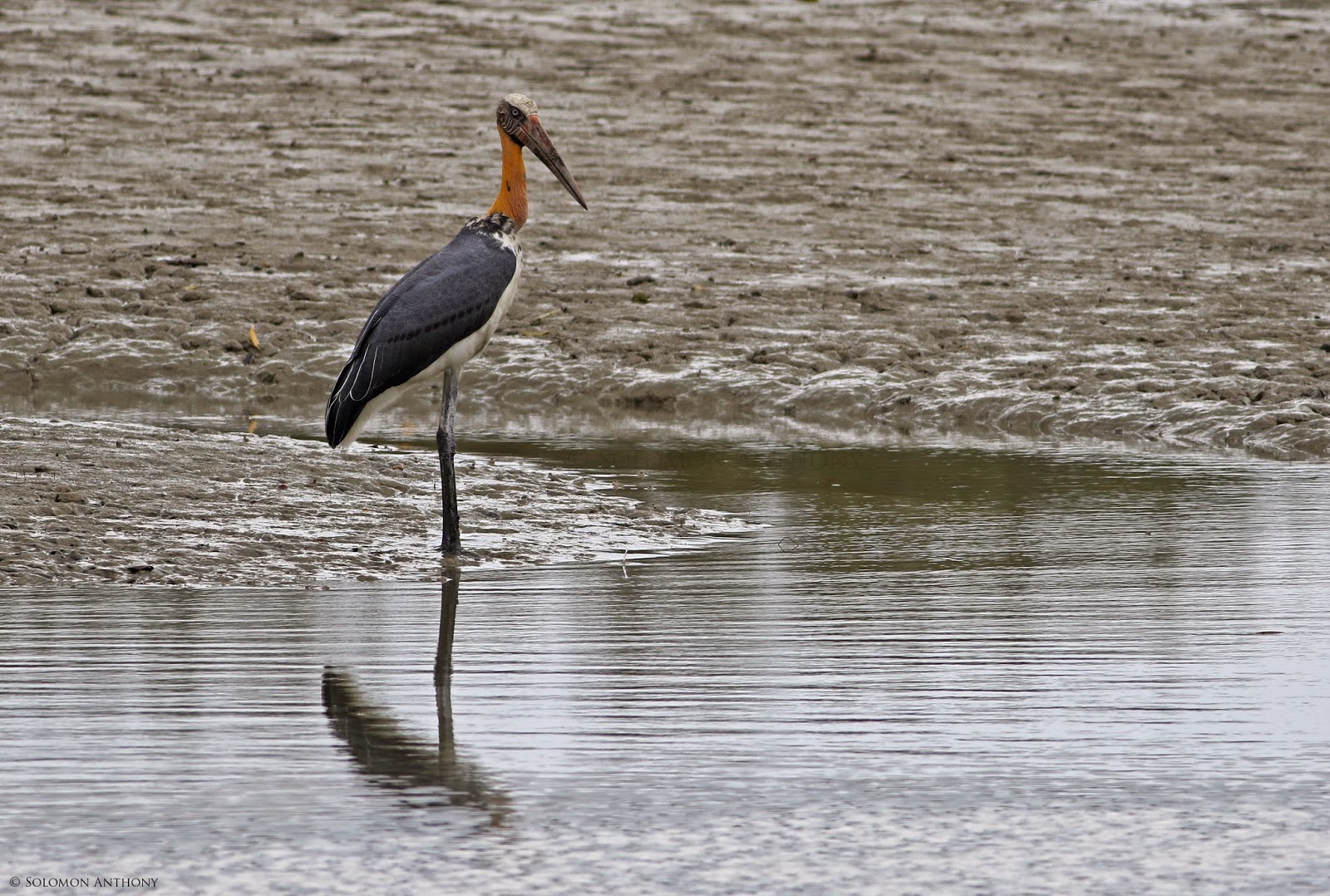 Waiting for an opportunity..... 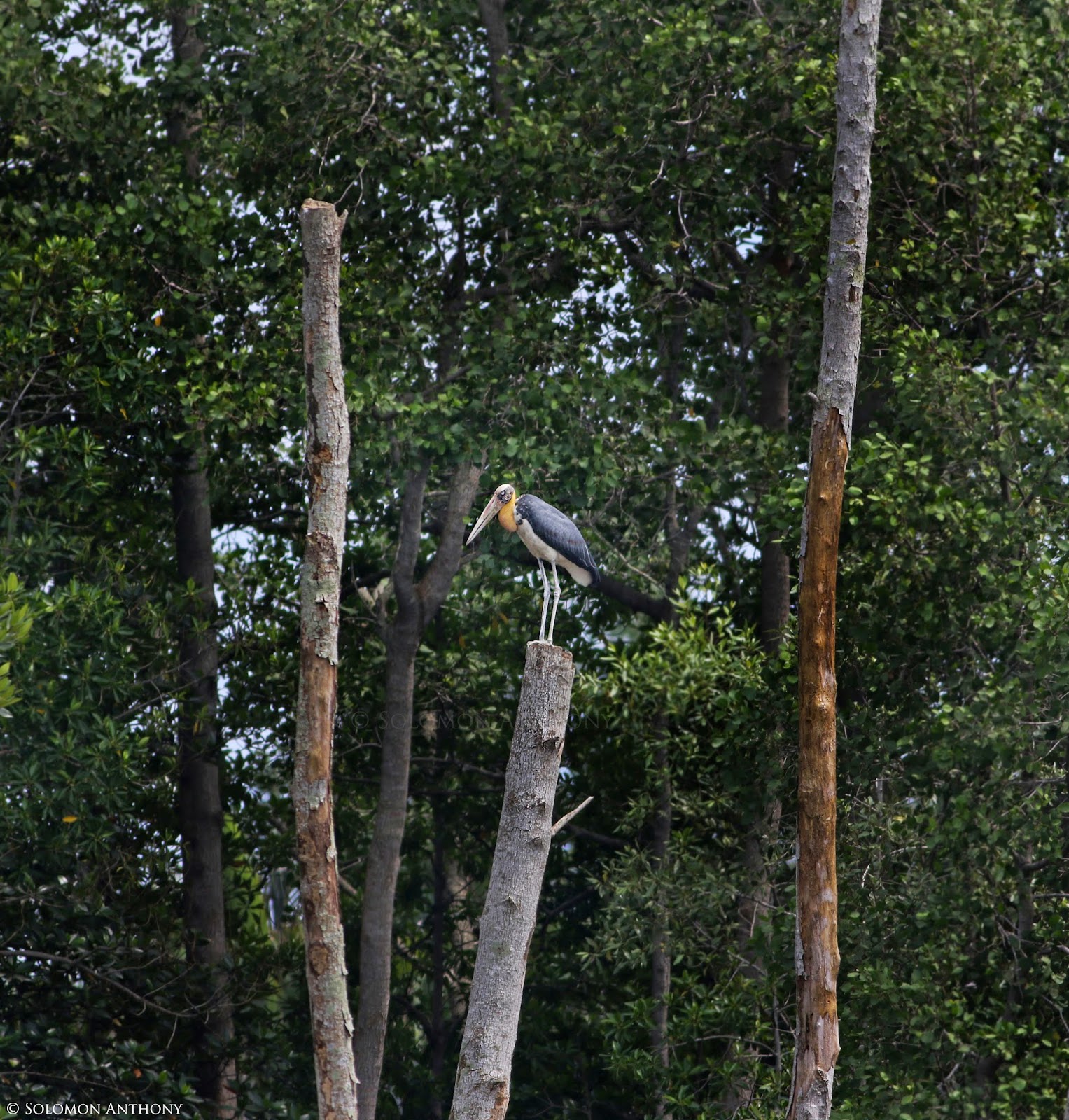 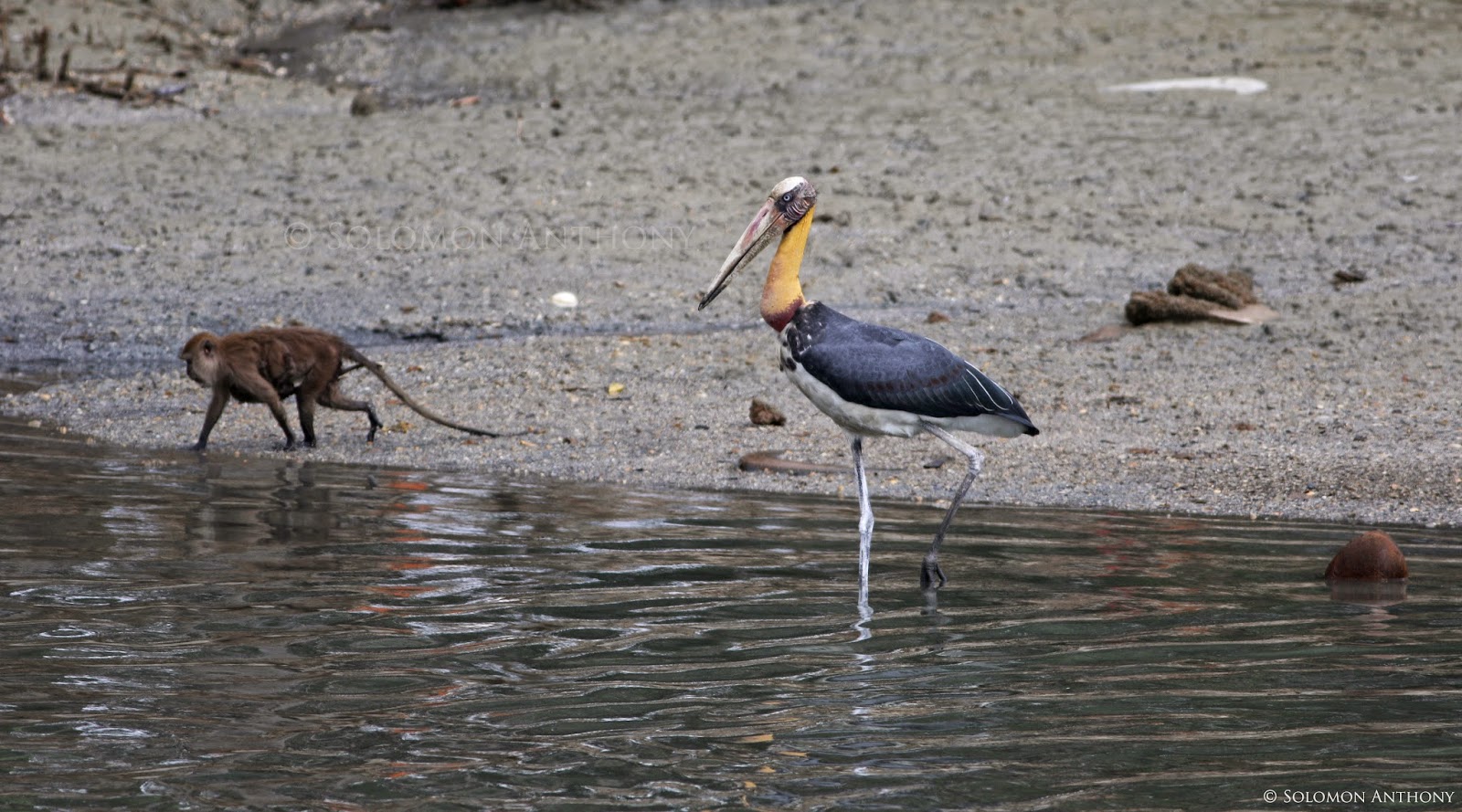 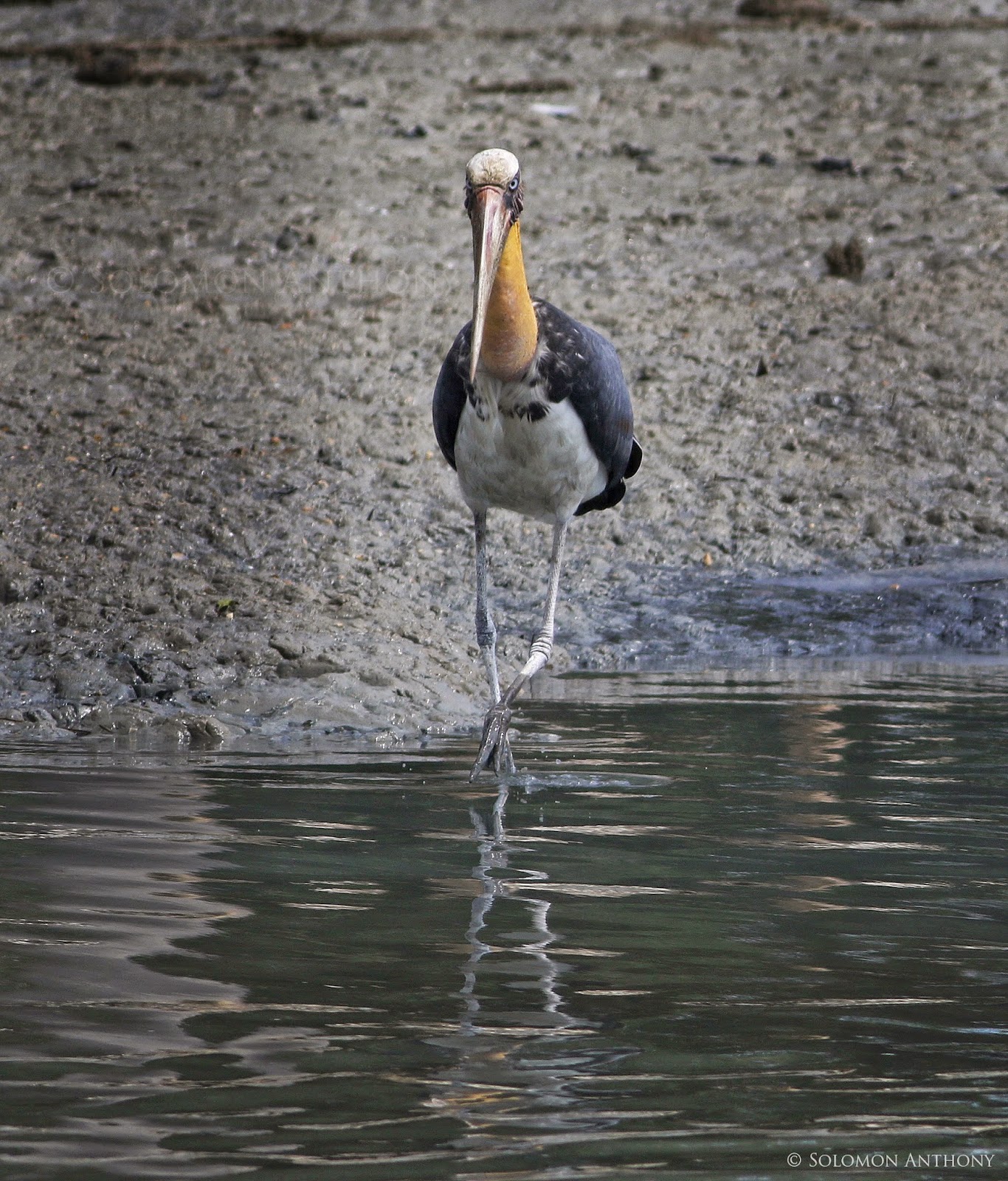 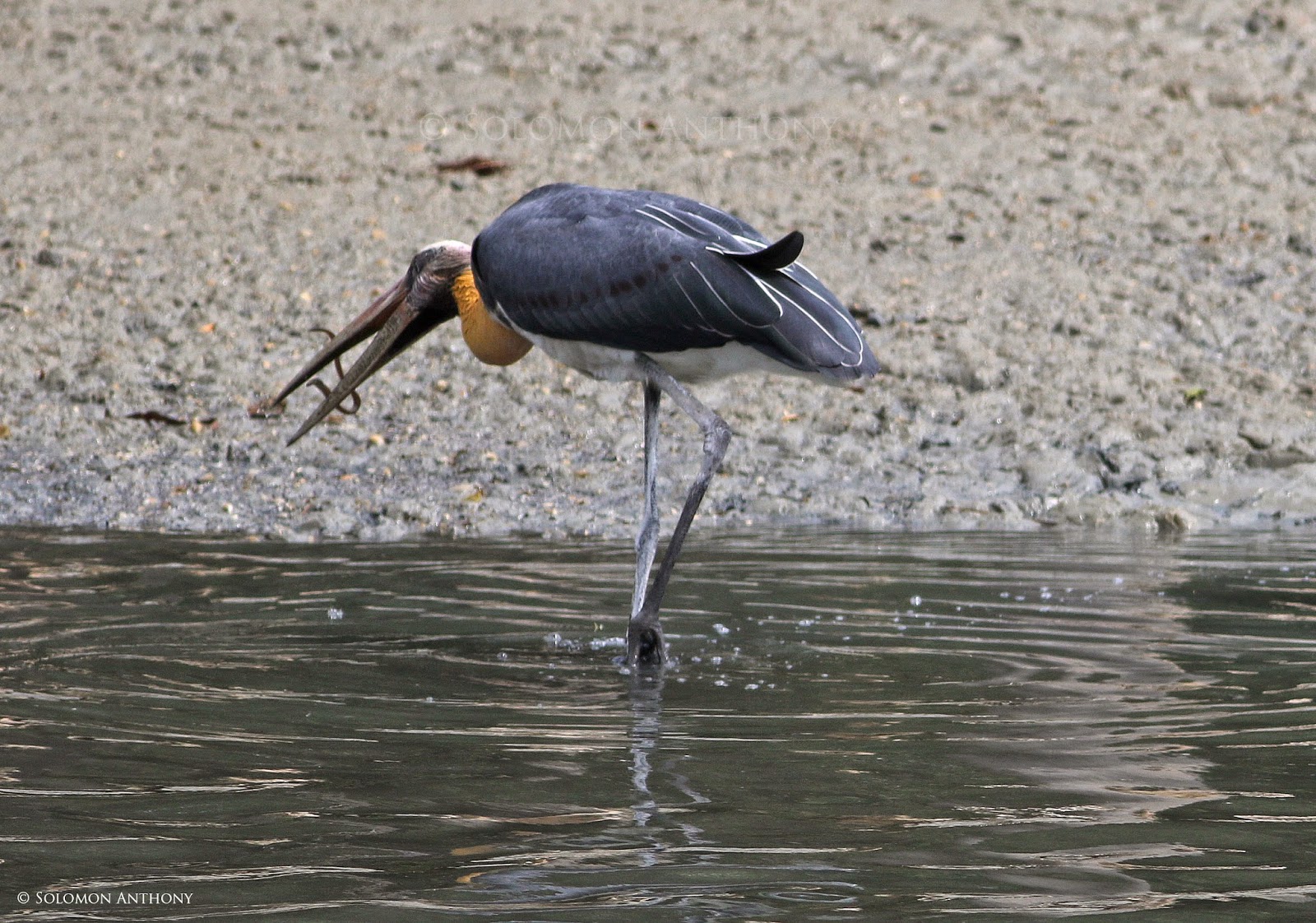 With a snake or an eel. 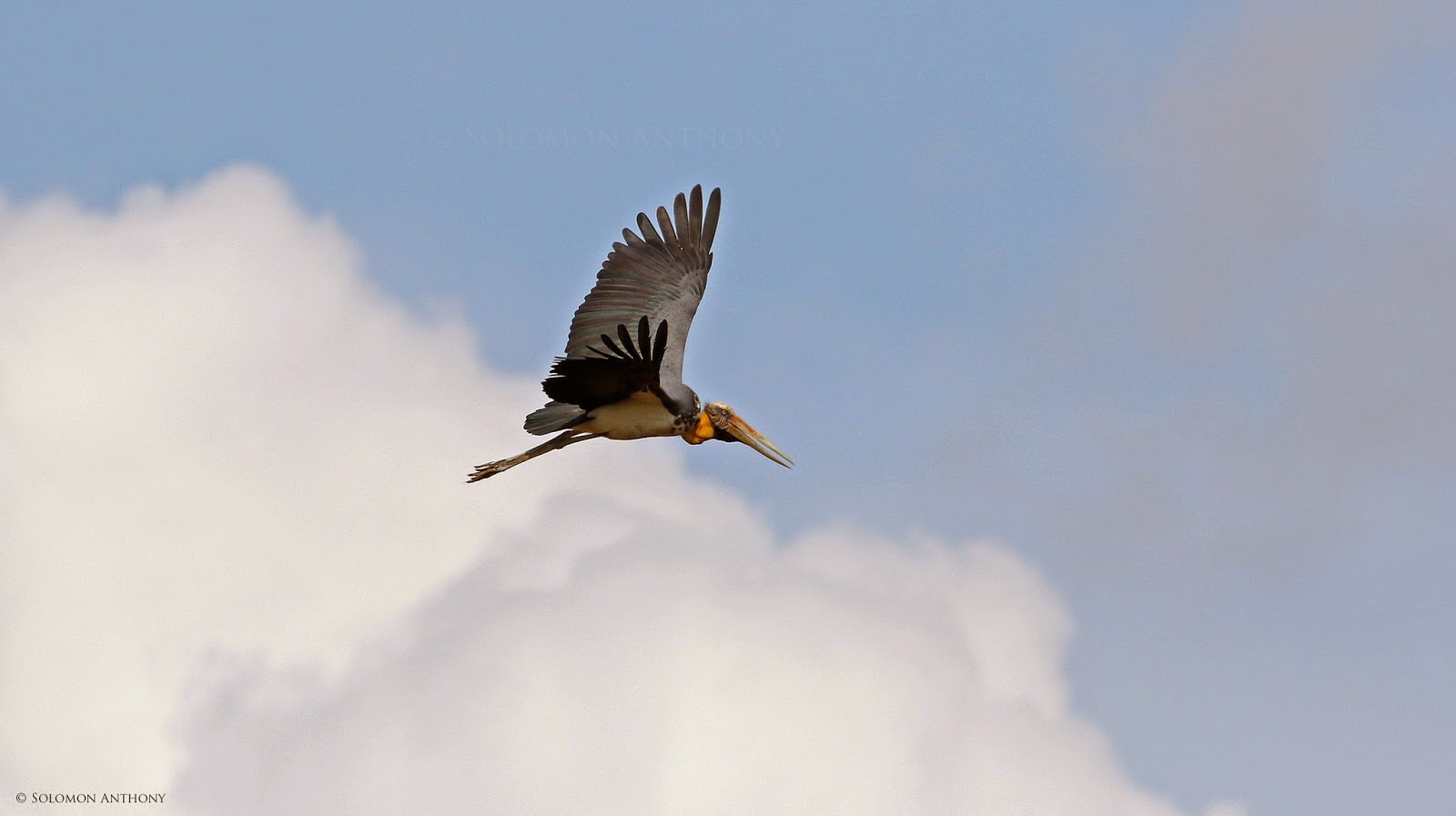 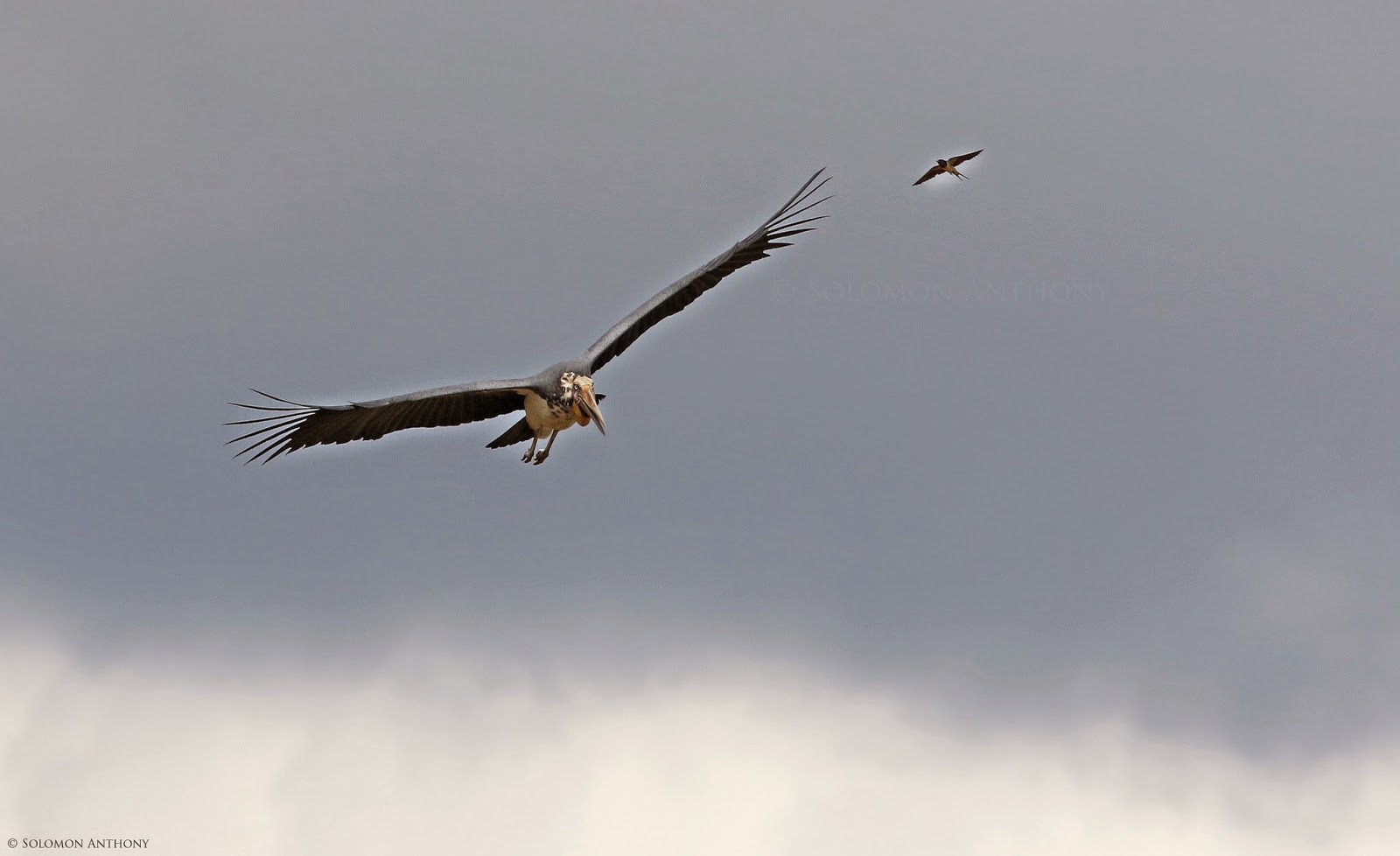 Along side a swallow. 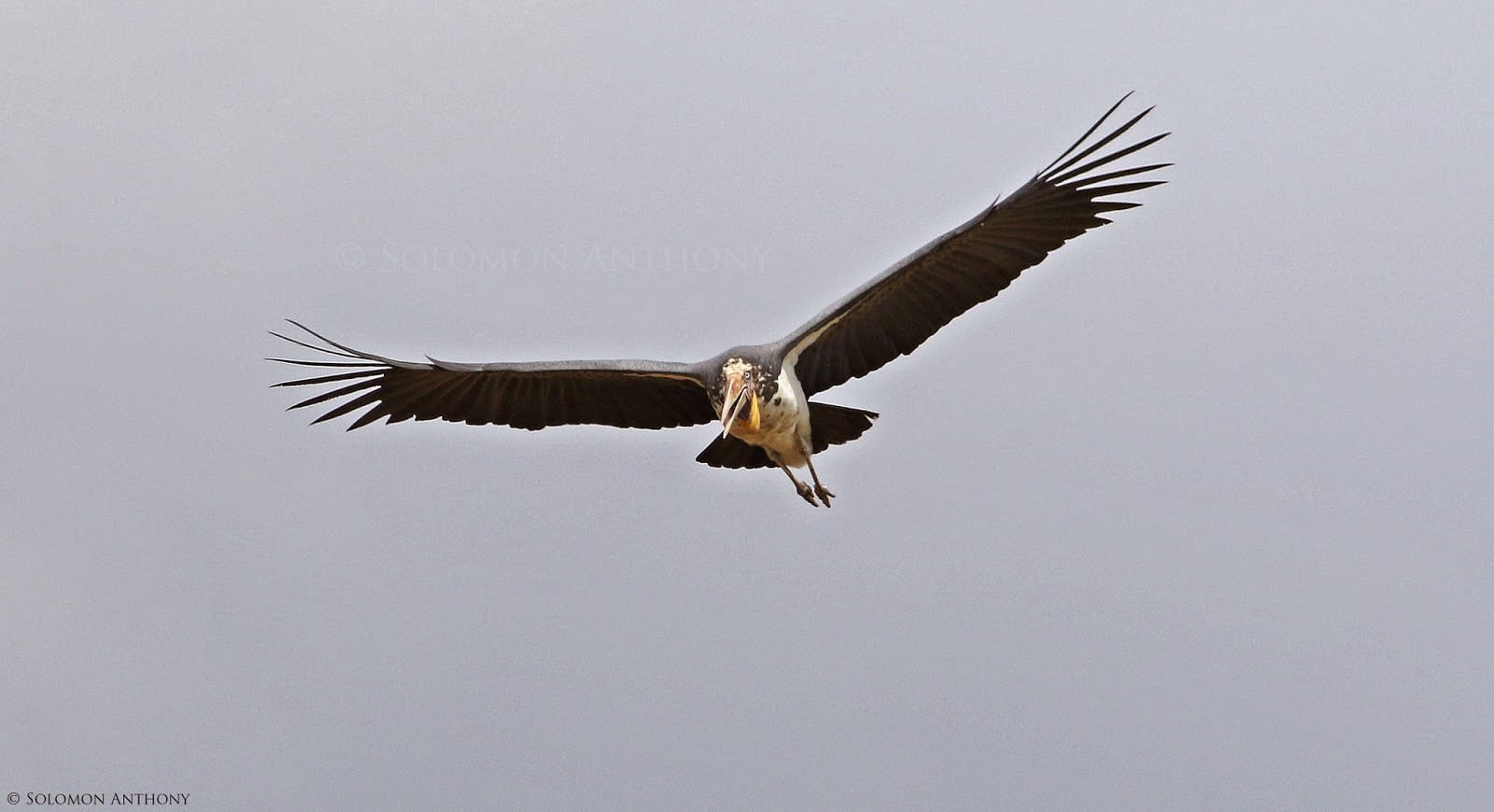