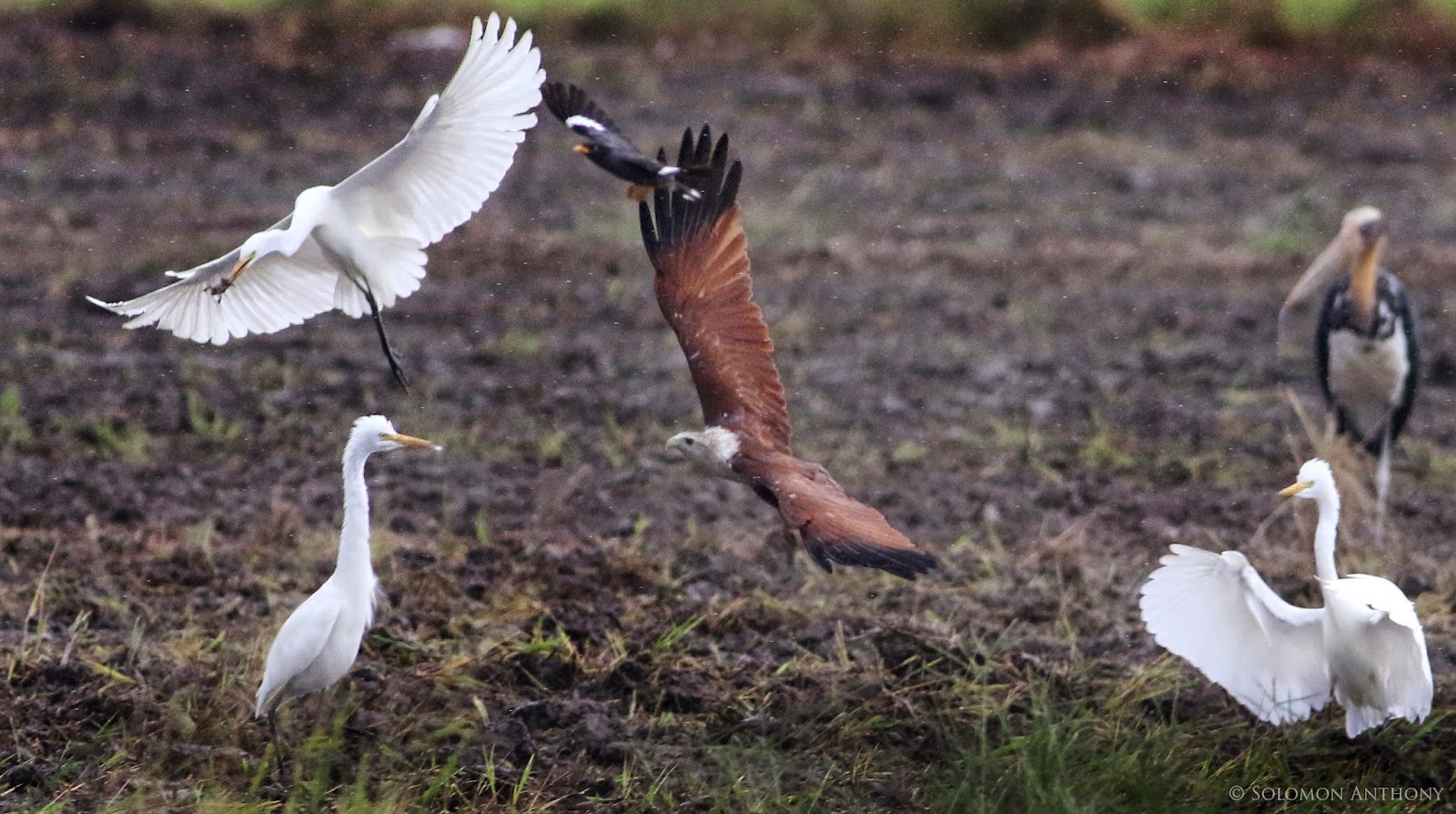 Spent a rainy morning at a paddy field in Muar. Sungai Balang to be exact. Nice cool weather was a real bonus compared to the blistering sun the week before.

It was still drizzling when I noticed a raptor flying through a harvested field causing a ruckus among the feeding egrets.

Little did i realise what was going on till i was at my PC reviewing the shots of the day.

The Brahminy kite was actually chasing a Great egret which had a frog in its beak. The Kite out-maneuvered the Egret in everyway. Out of fear the egret dropped the frog.

The kite grabbed the frog in mid air.....which i missed as i was not expecting this chain of events and flew off with its "free" meal.

p.s. The white dots in this series of photos is rain. 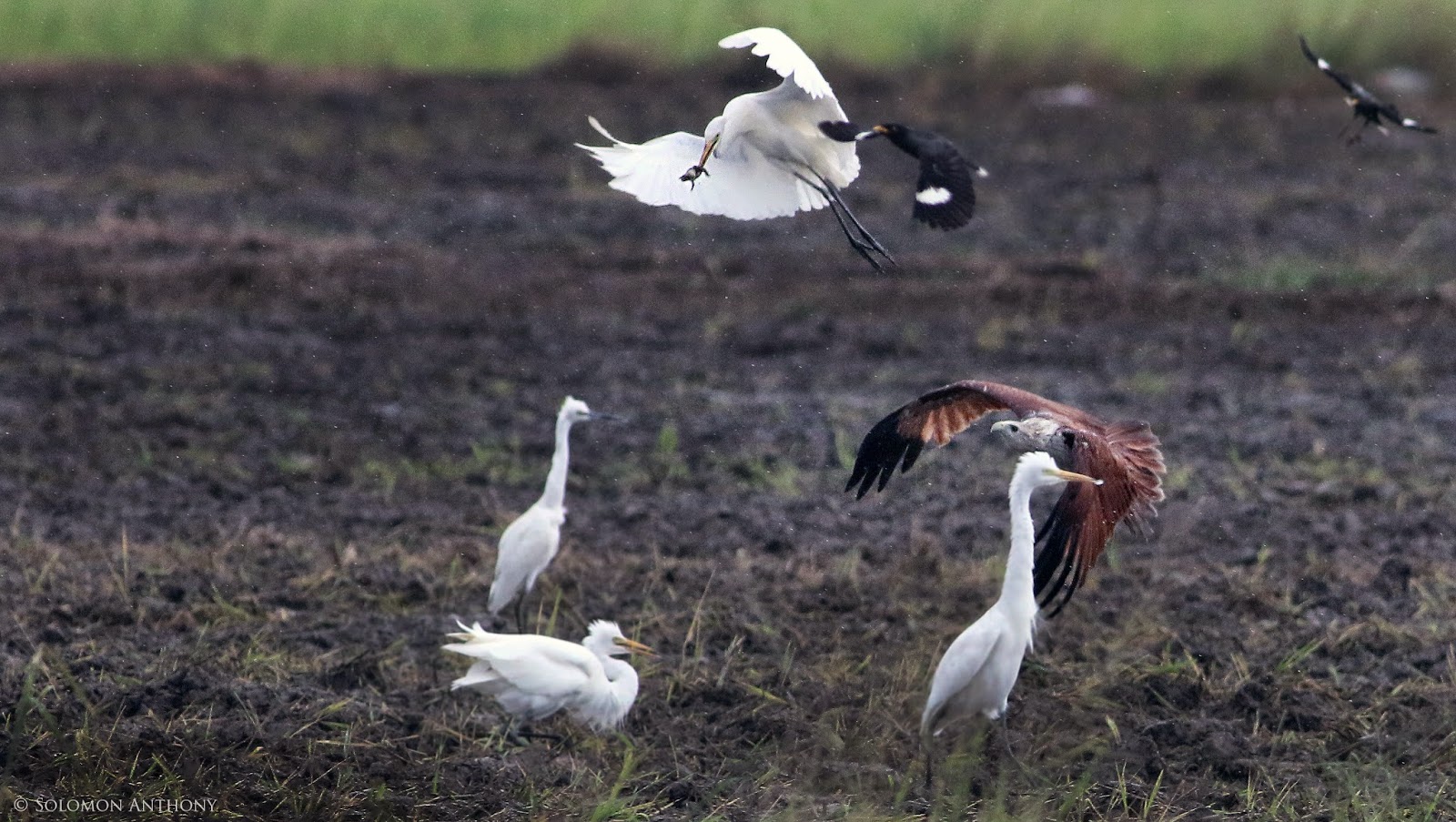 This Egret knew it had no chance. 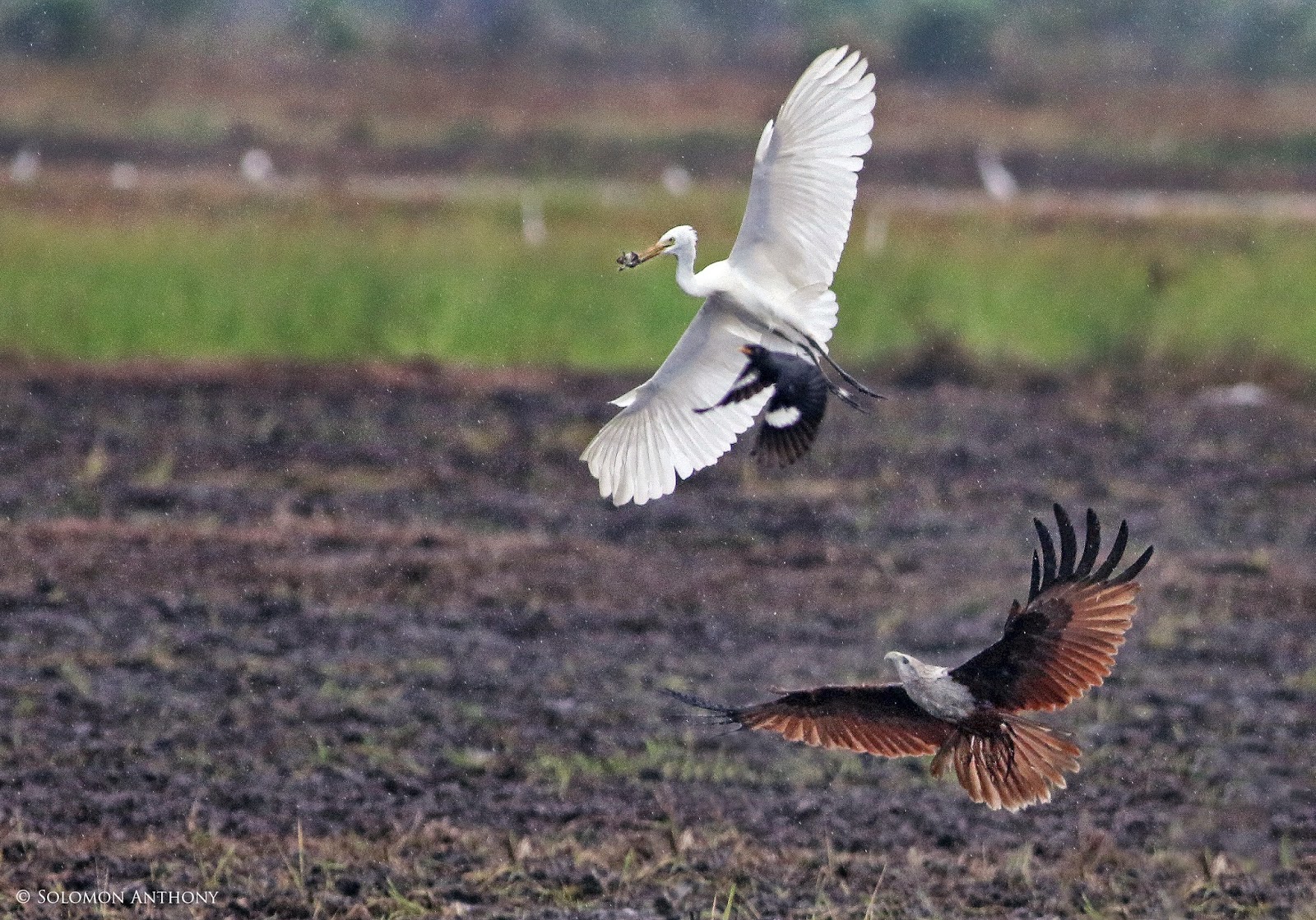 The poor little Mynah got caught in the middle! 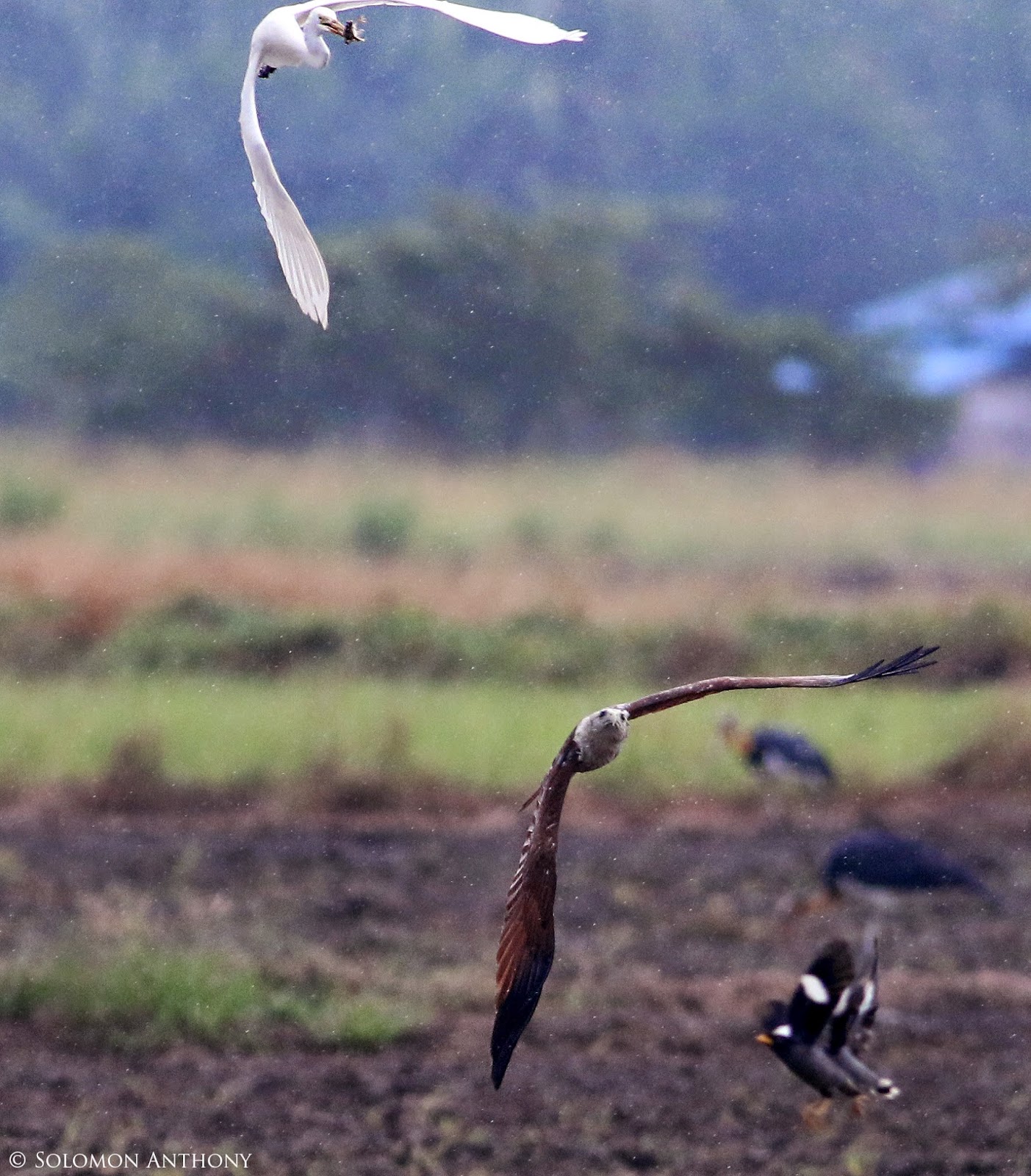 The Brahminy Kite Zeroing in. 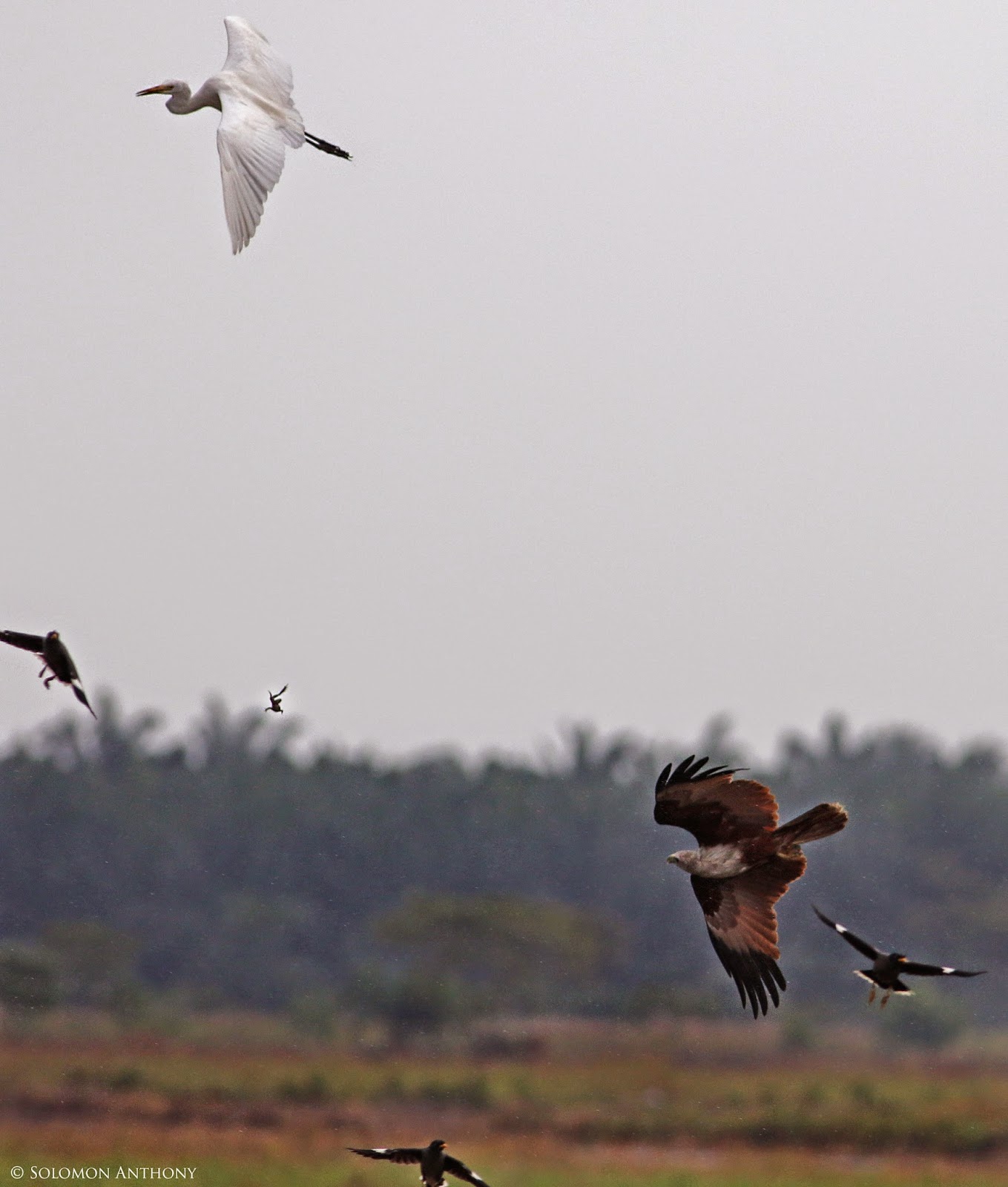 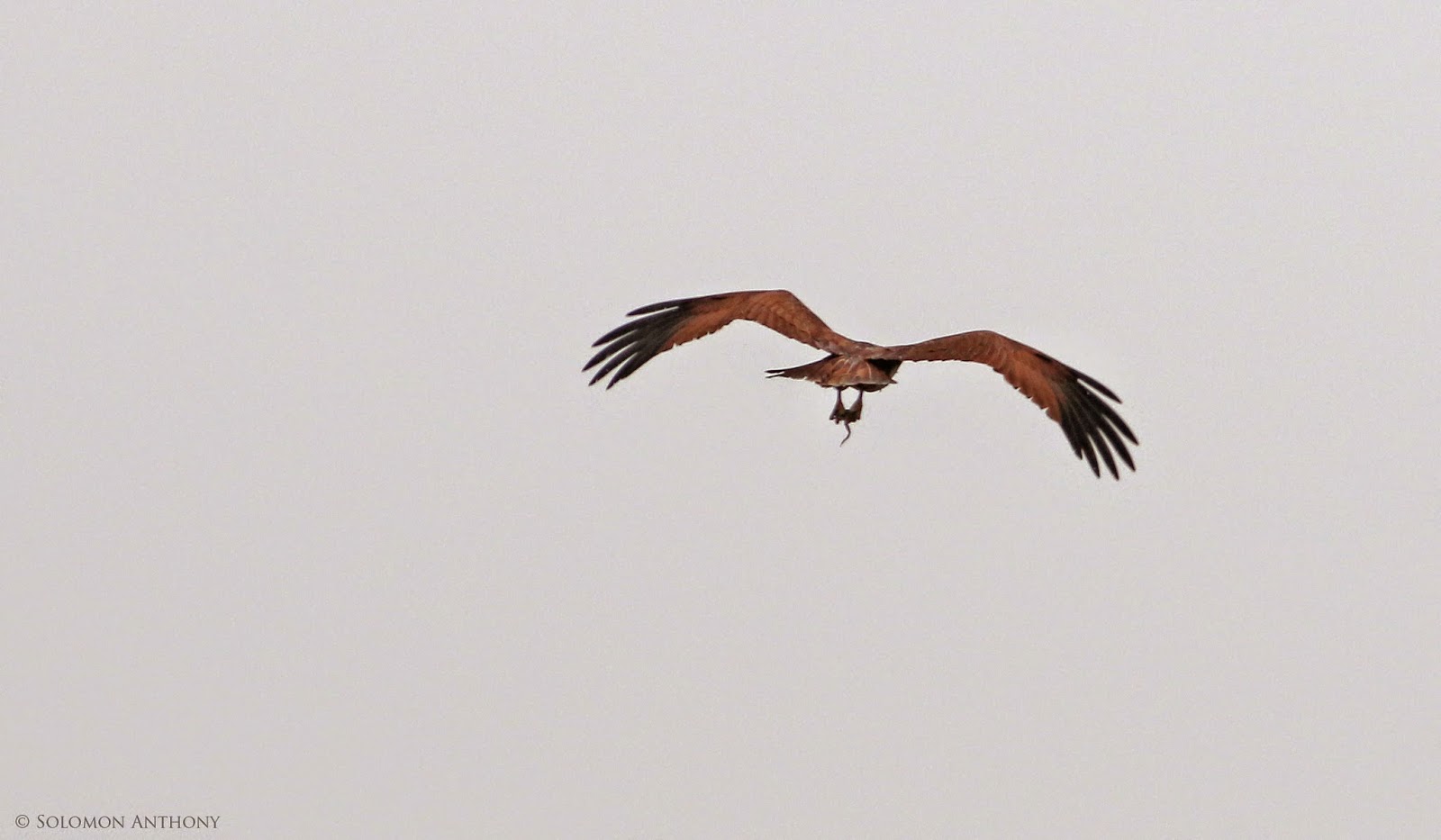